Bringing your story to life 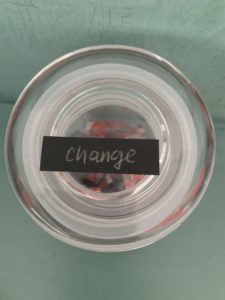 For years now, I’ve seen the power that storytelling can unleash. It connects people at a deep level by allowing them to shed their armour and reveal their emotions. For too long, we’ve been told that ‘it’s not personal, it’s business’, and that mentality has caused damage to the way we work and the way we live. We need to reclaim the personal – we need to help businesses feel.

I first started offering business ceremonies when I realized my clients were coming up against challenges with how to live their story – they were at a crossroad. They didn’t know how to move through the change their story called for in a way that felt authentic to their values. They needed the safe container that ceremony provides to express their emotions, share their stories, and introduce new habits and rituals into their work environment.

My first business ceremony was around succession planning – a daughter was taking over her father’s business and we needed to mark the importance of that milestone, but also recognize the challenges and obstacles that lay in their path. By creating a ceremony where everyone could voice their hopes, as well as their concerns, we were able to honour both the father’s legacy and his daughter’s new role in the business. We helped drive their story forward by giving people the opportunity to feel seen and heard. The ceremony was simple, yet powerful. The best ceremonies are.

My next business ceremony was when a restaurant client of mine was moving locations. They had a long history in a quaint space, yet they had grown too big for it and decided to move across the street. While it wasn’t a big move physically, there was a lot of emotions connected to the old building and the stories that accompanied it. We decided to host an ‘Irish Wake’ ceremony to say goodbye to the old space and welcome the new. People shared memories and stories, some people cried, others laughed. It was an important moment because we saw the humanity in the physical space that had housed more than just a kitchen. It housed the spirit of a community, and it needed a proper farewell. I’ve hosted several ‘Irish Wake’ business ceremonies for my clients, most recently for a client in Spain who was closing down one business and opening a new one. He and his partner talked about what they wanted to let go of and what they wanted to carry forward, and we toasted each story with a shot (of cranberry juice!) over Zoom!

Over the years, I’ve hosted ceremonies for business launches, new hires, changing of the board, retirements, and for businesses that closed their doors. Each time, I’m struck with how many emotions are waiting at the surface, eager for a chance to be seen and heard. It’s vital that we give people a chance to mark the different chapters of a business or of their own career with intention and awareness. Otherwise, we’re at risk of repeating the same mistakes if we hold a ‘business as usual’ approach. Business needs to personal – it’s how we live our lives, and it’s how we’ll define the future. Let us know if you would like us to help craft custom, story-based ceremony to mark a milestone or important moment in your business’ life cycle.